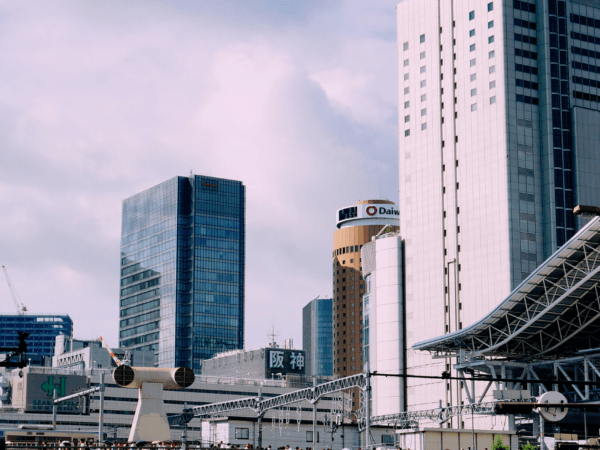 If you are someone who has great critical thinking skills and also knows how to think in quantitative manner, then a career in economics might be a great vocational path for you. As the need for economic and consulting research continues to rise, so does the need for qualified economists.

What Does an Economist Do?

The American Economic Association (AEA) defines economics with a three-pronged description as the: study of scarcity, the study of how people utilize resources, and the study of decision-making.   The connotation of economics typically conjures up images of Wall Street bankers but that is a limiting misconception of economists.

An economist works in a variety of fields of study such as health care, banking, employment rates, law, business trends, finance, wealth management, politics, taxation, criminal justice, and media outlets of all stripes to help make sense of historical trends, separate news from noise in today’s headlines, and formulate predictions about the future.

Is Math Important for Economists?

As you can imagine, the collection of data is only half the battle as it is just as important for the data to be properly interpreted in a manner that allows a company or individual to make a truly informed decision and communicate their findings to the right people.

After gathering pertinent data and making sense of the information, it is important to describe the data in meaningful ways.  Thus you will often see a variety of charts, graphs, infographics, and pictographs associated with economic information.

When an economist uncovers an emerging trend, it will be used to benefit their specific industry and possibly tangential industries based on the discovery.  Understanding how people respond to incentives, projecting consumer demand, and assessing the trajectory of sales figures are common responsibilities for an economist.

It is also worth noting, an economist will often perform a routine deep-dive into current and prospective legislative activity within their respective industry in an effort to better understand moving parts that may affect things moving forward.

Larger businesses consisting built around a multi-branch network of smaller branches will often hire economists to assess the success of each branch, as well as the economic viability of continued expansion related to each business segment.

In addition to public and private sector work, an economist may also be employed by the federal government.  When a government conducts a survey with the objective of gathering and interpreting data, their findings are vetted and analyzed by a qualified economist or team of economists.

As an employee of the government, an economist would be expected to utilize the data to provide educated predictions about the consequences of new policies and/or legislation being proposed.

What Are the Different Types of Economist?

All economists need to be aware of general economic principles, but for the most part will select a specialized discipline.  Let's take a closer look at the some of the different types of economist, including:

Microeconomist: These economists are responsible for the study the behavior of an individual person or organization as related to a set of limited resources. They investigate supply and demand while searching for ways to maximize production. They are also able to project the public's need for certain products before they are actually released.

Macroeconomist: A macroeconomist focuses on the bigger picture. Their job is to analyze the overall state of the economy and isolate broader trends that have taken place throughout the course of history. Examples of broad trends may include employment, economic growth, GDP, inflation, taxation, and political trends on the economy.  Conclusions are drawn and models are created to support the productivity of investments, the state of economy, and overall trends.

Econometrician:  An econometrician studies a wide variety of economic subsectors and assembles economic models by using regression analysis, game theory, and calculus. These models are then used to predict current financial modalities in addition to ascertaining the statistical probability of future events.

Financial Economics: A financial economist's job can be characterized by an overt concentration on monetary activities whereby money of some form is involved on both sides of a trade.  Examples may include interest rates, currency exchanges, stock trades, and a variety of related financial instruments.

Industrial Economics: Also known as an organizational economist, an industrial economist is trained to focus on the interworking of a specific industry. They study competitors, supply, demand, prices, and seasonality in an effort to help companies to make decisions as it relates to those working within the same competitive space.  An organizational economist also will work to keep their industry protected against the emergence of trusts and/or monopolies.

Labor Economics: Labor economists research salary trends and predict the value of and need for labor.  Their particular area of expertise will often be centered around employment with a keen eye towards emerging micro and macro trends.

What Are the Qualifications for an Economist?

A master's degree or a PhD in economics are seen as desirable qualifications by employers within the field.  A large percentage of colleges and universities offer graduate programs in many of the aforementioned specialties allowing students the ability to select a program right for them.  Undergraduate students in economics are urged to take an array of adjacent courses in subjects such as mathematics, statistics, computer science, and survey design.

Graduate students can gain experience via different internships and those who seek employment with the federal government will need at least 3 hours’ worth of advanced math, in addition to 21 hours of general economics as one of the prerequisites.

For entry level positions, a bachelor's degree in economics is required at most public and private businesses.  As expected, most top tier positions require a PhD and a master's degree will be necessary for economists who wish to join a college faculty.

What is the Career Outlook for Economists?

Economist jobs are expected to continue to grow at the natural average rate with the private sector creating the majority of the future growth.  More specifically, consulting firms and scientific research companies are believed to have the highest demand for economists as the need for specialization in a variety of economic fields continues rise.

Why a Career in Economics?

Ultimately the choice to become an economist is a personal decision.  The combination of personal attributes must blend with the demands of the profession to edify this vocational choice.  Economist work to make sense of data within the constructs of a specific industry, country, or geographic location.  As you think deeply about the various aspects of the field of economics, consider linking up with people and resources in your network.

Associations such as the AEA and the NEA help economics professionals connect and grow the body of knowledge in this area of study.   For additional resources, make sure to visit MatchCollege and subscribe to our blog for the latest in college information.